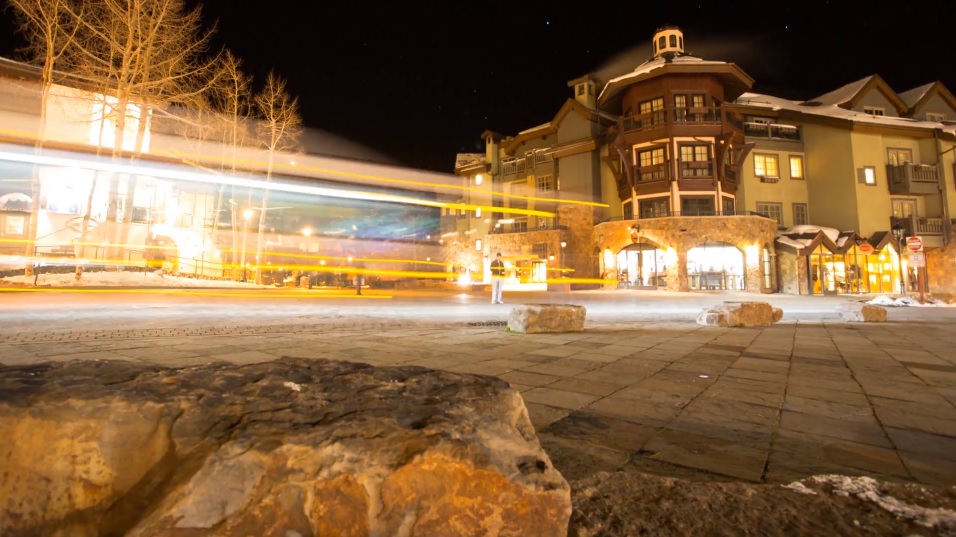 What happens in Vail stays in Vail

What happens in Vail stays in Vail. Because, let’s face it, what happens in Vail is on the tame side. And that’s the way locals and visitors like it. Charlie Sheen doesn’t fight with his wife in Vail. Mariah Carey doesn’t wear heels and fall into snow banks in Vail.
But calling Vail tame is not calling it dull. There are plenty of bars, lots of live music, craft cocktails and elegant lounges to sate the thirst of the most discerning hedge funder as well as the hat-backwards slacker.
The center of town forms a kind of hexagon of chill. Start at the bar at Elway’s, inside or outside at the fire pit. This is a crowd that came for steak and then settled into a single malt scotch.
Move on to Shakedown – an underground live music venue. Drinks can be pricy, but the new owner Scott Rednor has cleaned the joint up from its stinky days as The Club. He has poured big bucks into the place, the sound system is state-of-the-art, and shots are still consumed at an alarming rate. A perfect place to wind up at 1 a.m. as a dancing fool.

Next door, the Red Lion has roared for decades. Everyone is welcome, the food is simple, and the drinks are generally generous. The Red Lion is wide open when the weather allows, and if you spend an afternoon on the patio you’ll see everyone who’s in town. Jumping on the tiny stage and singing is encouraged. It’s a party, and if there are any bachelorettes in the room, it’s a wilder party.

Across the street is Vendetta’s, home of the late-night pizza and a big dining room with a big bar and a big patio. This place can burst with energy, the outside patio can be mellow and a table-hopping hangout.

Finally, head towards the covered bridge and just before it, go downstairs to Samana Lounge. This subterranean den has played host to more club concepts than Madonna. Currently it’s a disco with a deejay, cheap drinks at the bar and bottle service at some ringside booths.

For more sophisticated Vail nightlife, try Matsuhisa, the new sushi emporium that sits above town in the center of the Solaris Building. It’s breathtaking. Summer and winter, Matsuhisa is ground zero.

Bol is also in the Solaris Building, a bowling alley/bar unlike anything you’ve seen back home. The deejay’s beats almost drown out the collision of pins. It doesn’t come cheap, but it gives you something to do besides shots and beers.

Frost is a home for the international set in the new Sebastian hotel (where Michelle Obama stayed when visiting). Very sleek, icy cool, shimmering. Yes, that is James Bond at the end of the bar. If you don’t order a Martini, he has a license to kill and he’s not shy about using it if you order a beer.

If you feel you must go down valley, wait for the summer months (mid-June through September) and head to the Friday Afternoon Club at the Westin Riverfront Resort in Avon. Hundreds of trendy types shoehorn unto the outside patio and Maya restaurant, a live band backs up the chatter and the flirting and it kick starts the weekend as the sun sets.

Vail tame? Not really. The town turns 53 this year. It’s learned some tricks. It can party with the best of them.