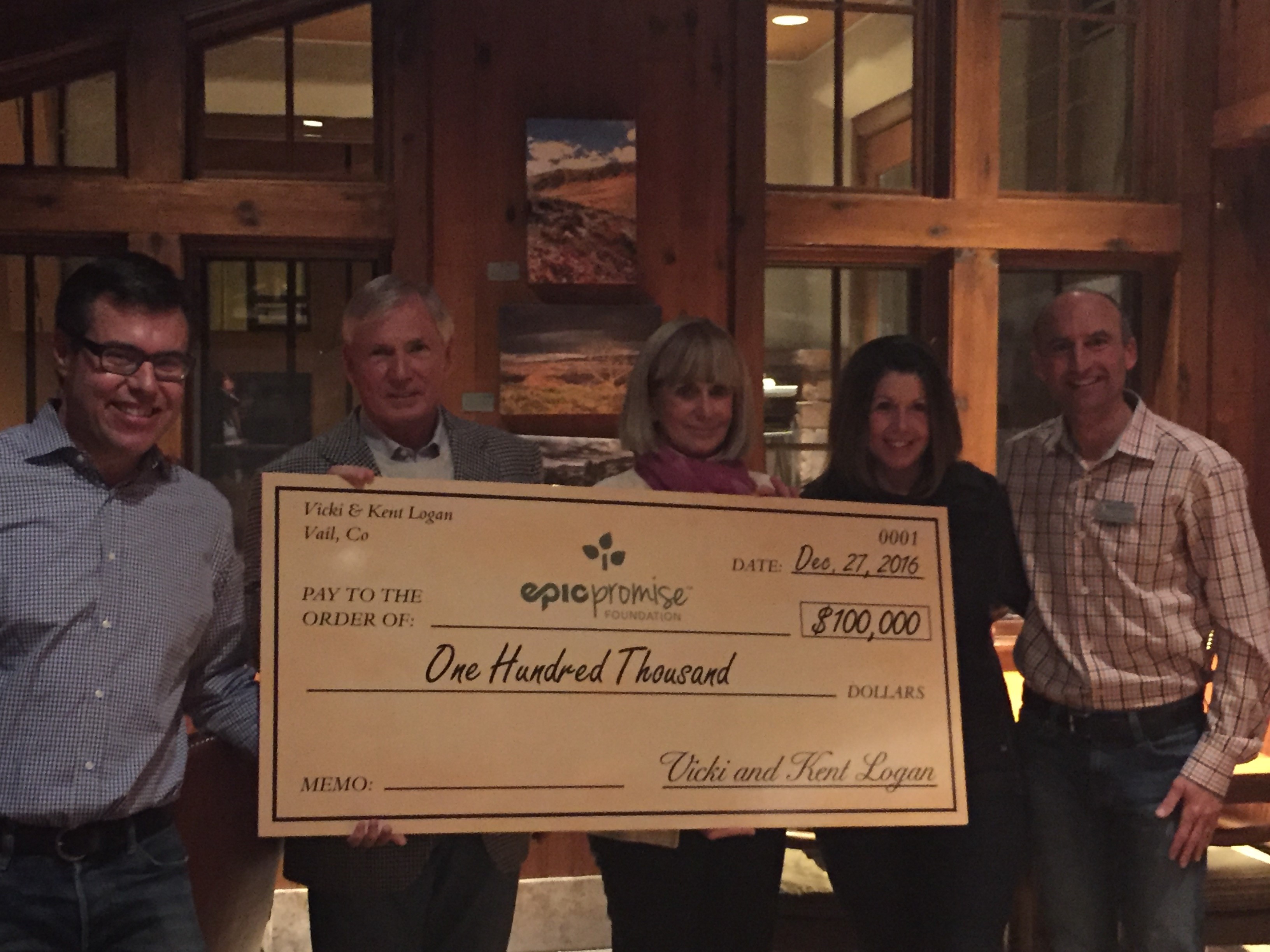 When you visit the Tenth Annual Vail Winterfest Ice Theater on the Gore Creek Promenade in Vail Village this winter, take a moment to thank Kent and Vicki Logan. The Outdoor Ice Theater, with its king and queen sized chairs made of ice, offers

family friendly cinematic experiences like "How the Grinch Stole Christmas" and "Yogi's First Christmas," and is one of many things to enjoy about Vail which was generously presented by Vicki and Kent Logan, who have called Vail home for nearly five decades.

The  Ice Theater will have a daily projection from dusk until 10 p.m.; more information about the Tenth Annual Vail Winterfest Ice Theater presented by Vicki and Kent Logan may be found on www.artinvail.com. www.artinvail.com or contact Molly Eppard at meppard@vailgov.com 970-479-2344. 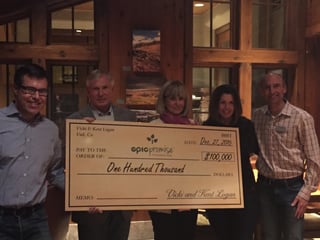 Kent and Vicki Logan also recently made headlines with their generous donations of $1 Million to the EpicPromise Foundation, $1 Million to The Logan Scholarship for Vail and Beaver Creek Instructors and $1 Million donated to Small Champions through their will. The programs are committed to enriching the ski and local mountain community.

“The cornerstone of it all is the ski school. I have often said that as big as Vail has gotten over the past couple of decades, as internationally acclaimed as it is, the heart and soul of the Vail experience is generated by the Ski School,” said Kent. “That is the point of contact between our guests, Vail Mountain and the Vail experience.”

Kent has been skiing Vail Mountain since the mid-1970s, not long after the mountain’s inception in 1962. Having lived across the United States, from New York to Arizona to California, Kent has always considered Vail home. So much so, he and wife, Vicki, were married atop Simba trail in 1985 and purchased their first home here in 1994. During the course of his long tenure with the town and the mountain, Kent served as Town Councilman from 2003-2007 and worked closely with partners such as, Dave Alonzo, Randy Nelstead, Joel Fritz, Mark Miller and Connie Miller to enrich the strong ski traditions of this Valley, specifically when it comes to the Ski and Snowboard School.

When the EpicPromise Foundation was launched in 2016, Kent saw an opportunity to help people who were invested in the ski industry. On top of the Logan’s contribution of $1 million in their will they also gave a $100,000 donation to the foundation.

“Every day, Vail Resorts employees work hard to make sure that our guests are having an experience of lifetime. The EpicPromise Foundation is a way for everyone to create an experience of a lifetime for our employees who need it the most,” said Nicky DeFord, director of community engagement. “Kent and Vicki Logan’s commitment of a $1M to the EpicPromise Foundation will help countless employees in their darkest moments. Just this year, the Logan’s $100,000 grant will help at least 40 employees.”

Through EpicPromise, Vail Resorts contributes $7.6 million per year in charitable donations to 250 local nonprofit partners, contributes nearly $1 million to local stewardship projects with funds raised through the guest donation program and the Company’s “1% for the Forest” commitment, and organizes more than 20,000 hours of Company-sponsored employee volunteer time. Vail Resorts founded the EpicPromise Foundation to provide financial support to Vail Resorts employees in their times of need or to pursue an educational goal. In its first year, the Foundation granted 226 grants totaling $466,255.

The Logan Scholarship for Vail and Beaver Creek Instructors

Kent’s idea of sending instructors to the National Academy came about in 2002 with the help of Dave Alonzo and Mark Miller.

“I was very close to the ski school and wanted to do something to show my appreciation,” said Kent. “There wasn’t a grand plan or grand agenda. We sent six to the National academy and then eight and then 10 and then it was 16 and so on. Everyone thought it was a positive contribution so we kept on. I’m a big believer in feeding strength. If you have something that works, keep trying to build on that same formula.”

The Logan Scholarship for National Academy provides continuing education and professional growth for Vail and Beaver Creek instructors through their participation in the PSIA-AASI National Academy.

Kent’s involvement with Small Champions goes back a number of years as well. Mark and Connie Miller were the driving forces behind the program and Kent said it was a logical and natural merge of interests between ski school and what the Millers were committed to offering to children with disabilities.

“Most of the people supporting Small Champions were ski instructors,” said Kent. “It depended upon a great contingent of ski instructors involving themselves and giving their time for the kids.”

“Kent and Vicki Logan have been longtime and steadfast supporters of Small Champions. Mr. Logan didn’t just see what Small Champions was as an organization, he saw what Small Champions could be. With his vision, encouragement, and invaluable support he challenged our organization to elevate to a level that had only lived in our dreams,” said John Weiss, executive director of Small Champions. “Because of Kent and Vicki’s support we have accomplished significant growth, enabling us to support more special needs families in our community, increase our programming for more “touch points” with those families, sustain our Executive Director, and continue to prove that limitations are anchored in assumptions, assumptions we strive to redefine.”

Through the guidance and support of Kent Logan, Small Champions is positioned for the future to continue to enhance the lives of the special needs children and their families in our community.