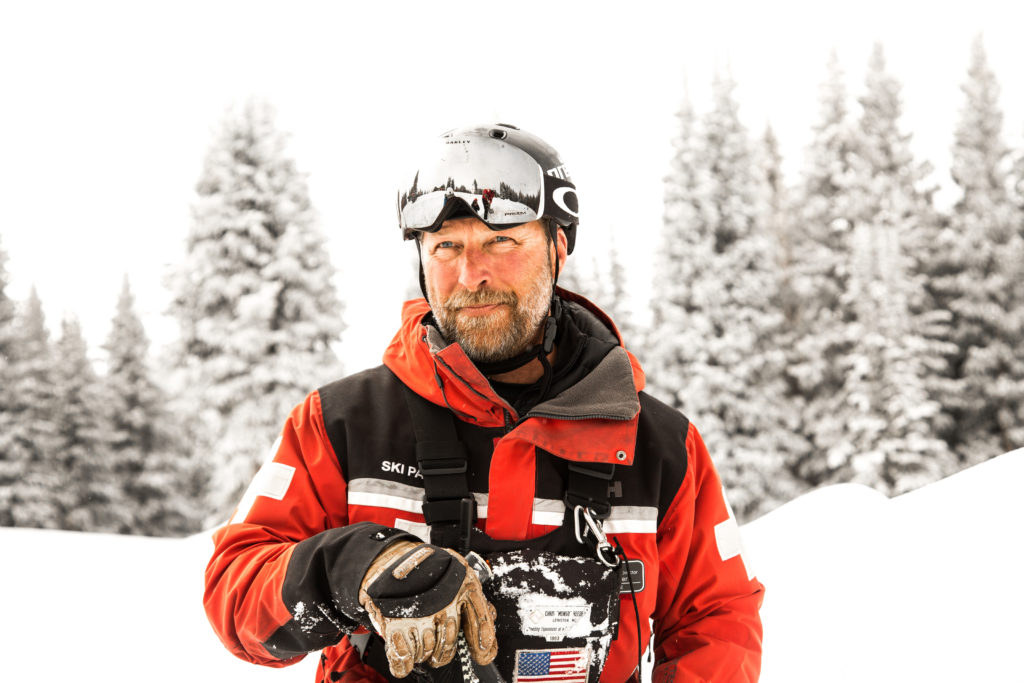 Chris Reeder is a longtime local and ski patrolman who is really well known as a ski patroller on the mountain, but perhaps better known as a whitewater rafter on the local waterways. What is not known about him is the origins of his nickname, Mongo, which was given to him for unknown reasons and stuck.

Reeder is one of the founding members of the "Behind the 8 Ball" whitewater rafting team, which won nationals a number of times and competed at the world championships.

Reeder and his Timberline Tours team helped put Vail, Eagle County and the Eagle River Valley on the map for whitewater rafting in the U.S., and they were only doing it part time, as they all had other jobs. For Reeder, that other job was a ski patrolman.

Another interesting thing about Reeder is his dog, Henry, a golden retriever who is also a member of the Vail Ski Patrol staff and the namesake of Henry's Hut on Vail Mountain. Visit that yurt which sits outside the "PHQ" ski patrol headquarters at the top of Chairs 4, 5 and 11, and you will find a room full of larger than life portraits of Henry which adorn the walls and tell the tale of a proud patrol dog whose job is to save the lives of those buried in avalanches. Reeder, however, will tell you Henry's main job is that of a public relations hound, as avalanches at Vail are super rare and always prevented by Reeder and his co-workers bombing the hillsides with dynamite in the mornings to trigger any would-be slides. Upon seeing Henry's Hut, you may think that Henry is no longer with us due to the shrine-like atmosphere inside, but that couldn't be further from the truth. Henry is still alive and sniffing, and even recovered from a recent paw surgery with a clean bill of health. 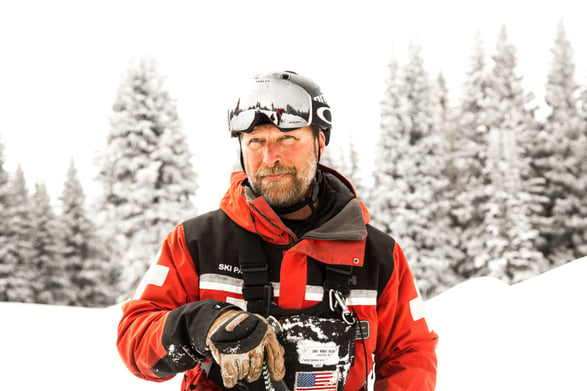 Last season, photographer David Neff snapped this pic of Reeder for Vail's website which was deemed to be the fourth best photo of the entire season on Vail's blog. Neff said the photo "tells the story of a hardworking guy dedicating himself to a mostly thankless job.”

Help change Neff's perception of ski patroller's jobs by thanking Reeder and his co-workers if you see them out on the slopes this season!