Everything you need to know about the 2019 Burton U.S. Open

Burton US open is the biggest and most anticipated winter event in Vail. Whether you follow the world's snowboarding competition scene closely or you just enjoy a great spring break party the U.S.Open will not disappoint you. You can watch the best in the world compete for one most prestige title in snowboarding, enjoy nightly free concerts, check out the newest snowboarding gear while not missing on the best apres ski parties! Check out out comprehensive Burton U.S Open guide.
The Competition
The competition starts on Tuesday, February 26th with the celebrated Burton U·S·OPEN Junior Jam. This halfpipe competition features a field of the top young athletes ages 14 and under battling it out in the 22-foot superpipe. These young riders will be competing for a piece of the $2,000 prize purse and the opportunity to compete alongside the pros in Thursday’s halfpipe semi-finals.
The pro competition gets underway on Wednesday, February 27th with the best of the best competing in the slopestyle semi-finals, followed by halfpipe semi-finals on Thursday. These men and women will be competing for a chance at the main event and the equally divided $343,000 prize purse. As the most beloved event of the competitive snowboarding season, riders are ready to put down their most progressive runs. 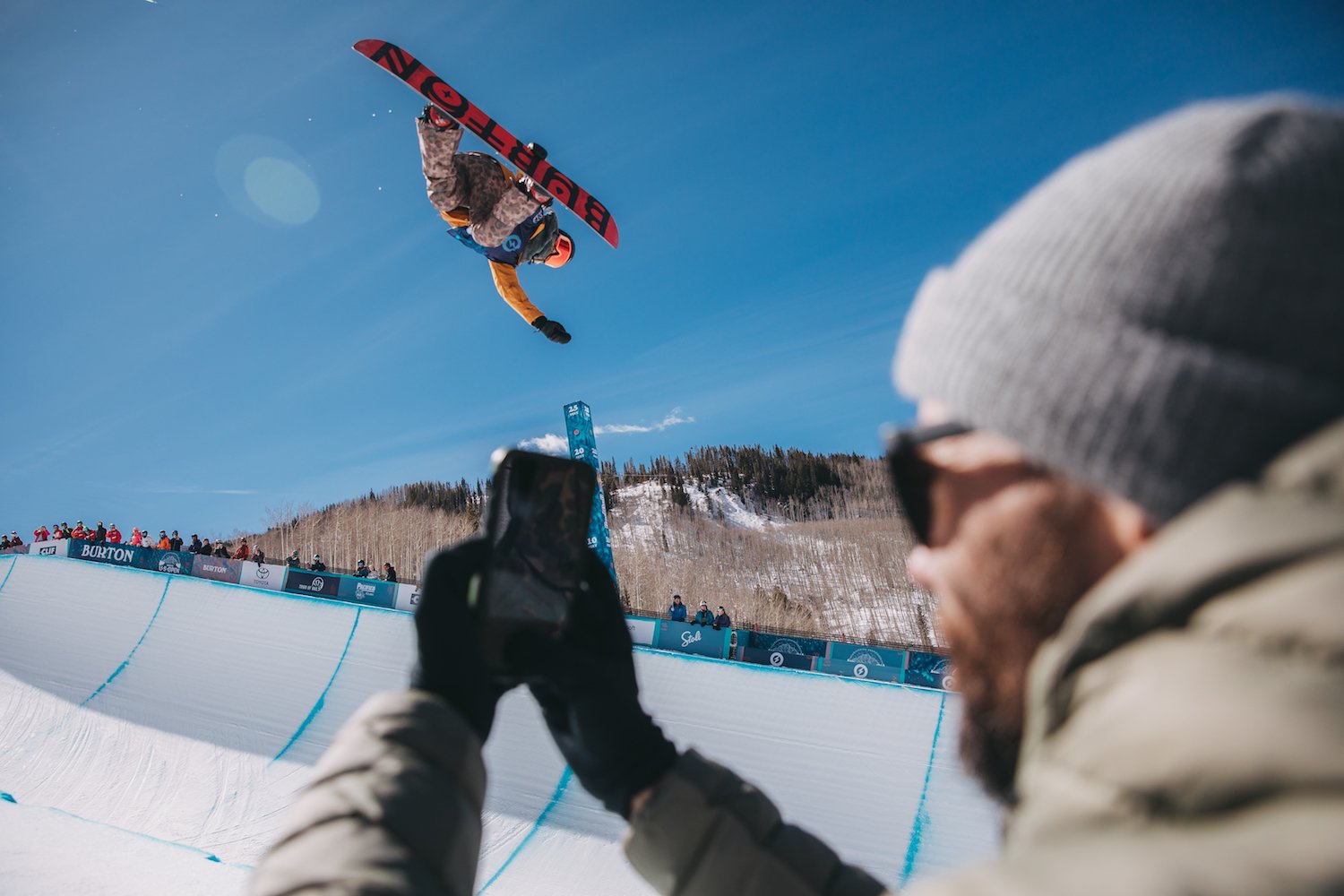 Last year, Chloe Kim successfully defended her halfpipe title for the third year in a row following her huge win at the 2018 PyeongChang Winter Olympics.
On the men’s side, 2018 Olympic Halfpipe Silver Medalist Ayumu Hirano  won his first U·S·OPEN title with a run that had the crowd roaring. In slopestyle, Mark McMorris came back from a life-threatening injury to dominate men’s slopestyle and reclaim his title. In women’s slopestyle, Jamie Anderson earned her seventh Burton U·S·OPEN title since earning her first in 2007.
Free Concerts
As part of the world’s greatest snowboard event, the Burton U·S·OPEN features the Burton Concert Series, including four nights of FREE musical performances by breakout artists and DJs. On Wednesday Feb. 27 Starting at 6:30 at the Solaris stage don't miss Lowell Thompson & Bob Wagner followed by Rayland Baxter. At the same place and time on Thursday expect a great show from The Welterweights and Greensky Bluegrass. Friday's free consent is bringing to Vail JUPTR and Khruangbin and Tune-Yards and Turkuaz are closing the free concert series on Saturday. The Burton U.S.Open Closing Party at Dobson Arena starts at 9:30 and will feature the famous DJ BYTE and DJ CRE8.
Off the Mountain
Two thousand nineteen marks the seventh year in a row that the Burton U·S·OPEN will be held at Vail Mountain where fans and families are invited to get in on all of the action both on-hill and within the Town of Vail. As part of the free on snow activities, Burton will have all of the newest winter 2020 equipment available to try out, including snowboards and the revolutionary Step On® line. Attendees will also have the opportunity to meet Burton team riders at scheduled events in the Burton Sponsor Village at Golden Peak, which includes the chance to participate in group rides with Burton athletes. Also, new this year is the opportunity for attendees to become competitors in a fun Banked Slalom race open to participants of all abilities Thursday through Saturday from 10:00 am – 12:00 pm and 1:00 pm – 3:00 pm. In addition to being able to compare your times to that of the pros, the top finisher in both men’s and women’s category will receive a prize on the Solaris concert stage. All participants in the demo and the Banked Slalom race will also receive a token redeemable for select prizes in the Burton Sponsor Village.
The Parties
Chill Fundraiser party at the Colorado Snowsports Museum at 8pm Entry is $35 at the door. Event proceeds support the Chill Foundation’s mission to inspire youth to overcome challenges through boardsports. Burton Team riders will be in attendance at the event which includes live music, food, beer, and wine. Throughout Vail Village you’ll find daily Après All Day food and drinks specials at participating bars and restaurants, as well as live broadcasts of the competition, plus more giveaways and contests.
Family Activities
As part of this family-friendly event, kids ages 3-6 years will have the opportunity to session the kids Learn to Ride Riglet Park, plus try out free Burton demo equipment and snowboard learning experience. The Free Riglet Park will be located next to the Golden Peak Children’s Snow School building, where parents can register for the free kids lesson sessions.
Sponsor village hours Wednesday and Thursday 10AM - 4PM Friday and Saturday 9AM - 5PM