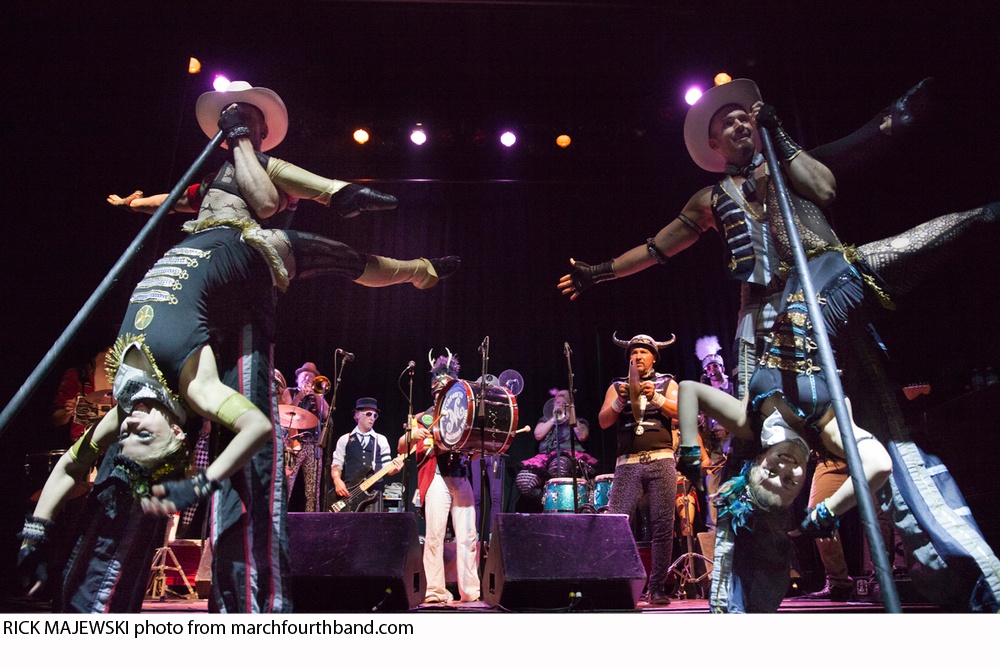 Vail gets hit with a spicy taste of New-Orleans-style fun when CarniVail returns to Vail, February 6th - 9th, 2016. Guests will enjoy Mardi Gras merriment and all the Cajun fixin’s from a legendary crawfish boil to the Fat Tuesday Parade and Street Festival, with a full lineup of activities including on-mountain crawfish boils, non-stop Cajun Après and After-Dark parties, Fat Tuesday Parade and street festival, fun contests, prizes and giveaways, and much more.

There will also be a free concert from March Fourth Marching Band, hailed as an internationally-acclaimed, genre-breaking force in the world of entertainment. MarchFourth! shows are sonic explosion delivered by 20 musicians, dancers and artisans who travel the world, year-round, taking audience members of all ages, from all walks of life, on a joy-inducing, foot-stomping, booty-shaking, soul-stirring journey that defies categorization. 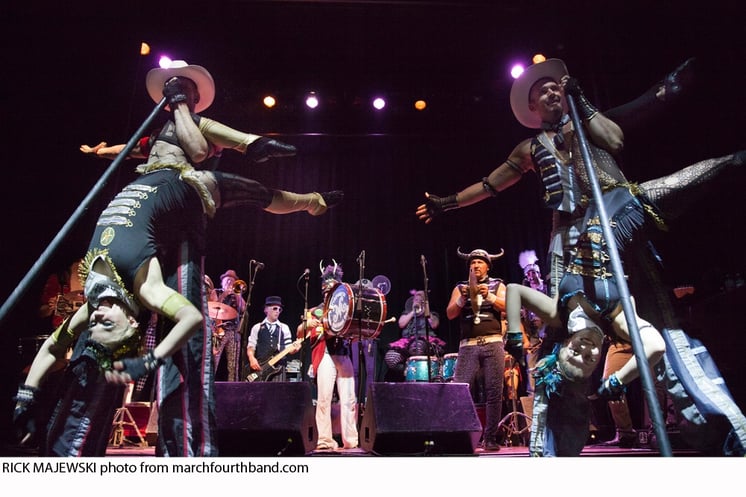 The venue in Vail Village opens at 3pm, with the parade starting at 4pm followed by a by a FREE concert with MarchFourth Marching Band. The parade will travel from Meadow Drive at Solaris, up International Bridge and east on Gore Creek Drive. It will exit out from Vail Village near Gorsuch on Gore Creek Drive and will conclude with the official crowning of the CarniVail King and Queen and announcement of the Float Competition winner at the concert stage. Vote for the King and Queen here. MarchFourth Marching Band will perform following the parade.

This performance is fun for the whole family and not to be missed! Locals and guests are encouraged to dress up in Mardi Gras apparel and beads and partake in all the CarniVail fun.

As part of Vail’s CarniVail celebration, the Fat Tuesday Parade, scheduled for February 9, 2016, brings the crazy energy and antics of the New Orleans Mardi Gras vibe to Vail Village. Take part in the parade for a chance to win great prizes including $1,000 cash for first place. Judging will be based on creativity, workmanship, originality, costumes and casting and overall impression. Parade registration is absolutely free and open to the public.